The Enslaved People of Pennsylvania

The Gradual Abolition Act did not free slaves immediately. It specified that "every Negro and Mulatto child born within the State after the passing of the Act (1780) would be free upon reaching age twenty-eight.” The act also provided that all enslaved peoples in the state would be registered before the 1st of November 1782. In 1790 there were 3,737 enslaved people registered, by 1800 there were 1,706, by 1810 there were 795. In 1840, there remained 64 enslaved people in the state.  It wasn’t until the 1850 census that Slavery had been completely abolished. 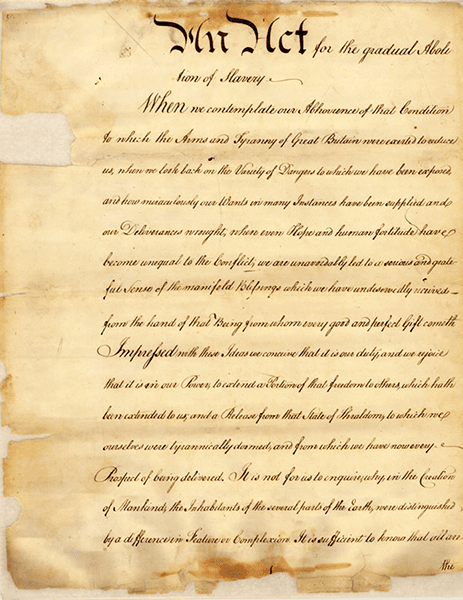