We know that Arthur Erwin owned at least one other enslaved man dating back to 1772. An advertisement in the Pennsylvania Packet of that year lists a four dollar reward for the return of “a negro man named Jack, born in the West-Indies, speaks the German language, is about 30 years of age, and five feet six or seven inches high; a thick well set fellow, and has remarkable lumps and scar on his legs; had on when he went away a brown cloth lapelled jacket with linsey lining, a thickset under jacket, tow shirt and trowsers and old boot feet for shoes” to one Arthur Erwin of Tinicum Township Bucks County.

Compliance with the Gradual Abolition Act

Arthur complied with the new law and by the 1790 census there were no slaves recorded at either his home or that of his son William. 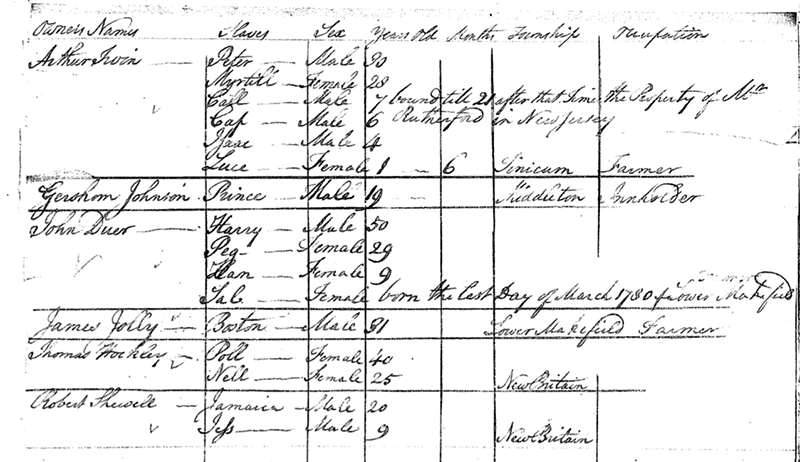 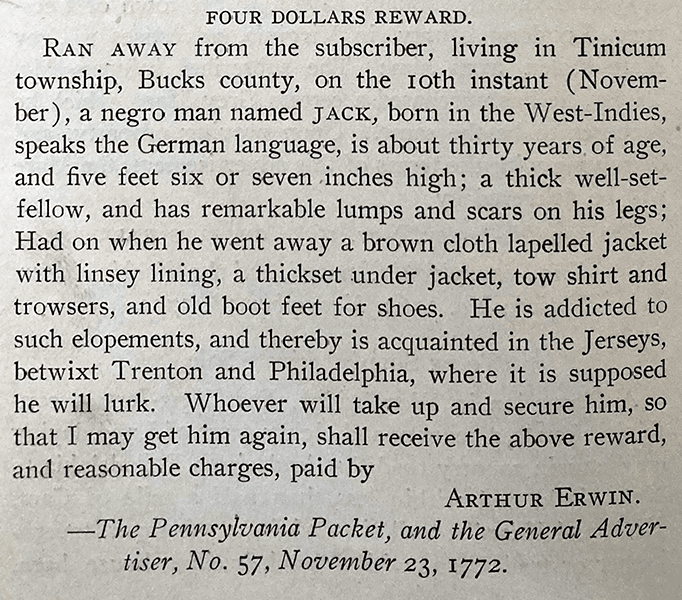 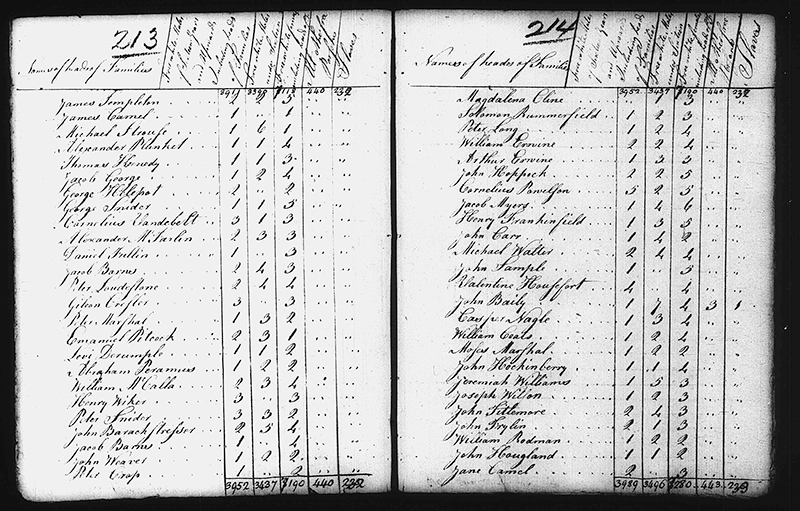