Jacob was Henry and Barbara’s eldest son. He grew up in Pt. Pleasant and worked with his father at the mill there. When Jacob was 15, his father purchased a home and mill in Erwinna and moved the family there. The family began attending the Frenchtown Presbyterian church across the river in New Jersey. In 1850, when he was 33, Jacob partnered with his brother Isaac to run the Erwinna grist and sawmills. Later his father deeded the sawmill to Isaac and the grist mill to Jacob.

Mary was the daughter of Hugh and Matilda Capner, of Flemington, New Jersey. Her father, Hugh Capner had, along with Henry Stover, been one of the joint commissioners of the Alexandria Delaware Bridge Company, which was created to construct the bridge connecting Erwinna and Frenchtown. Mary married Jacob in 1854. The two had four children together: Matilda, Caroline, Hugh, and John.

In a letter written to Miss Caroline Grant from the Grant-Burr Family Papers we learn a bit about Mary and Jacob’s wedding. “Yesterday morning Hetty & I attended the wedding of Mary Capner. She was married at eight o’clock in the morning, Christiana & Mr. Nevins, were bridesmaid & groomsman. Soon after the ceremony the bridal party changed their dresses & started for Washington. The wedding was not large, only the brothers & sisters, with ourselves and Aunt Capner's family were invited.”

In 1859, Jacob, bought the Erwin property in Tinicum from his father. Jacob shared the property with a tenant farmer, adding the west section of the house between 1870 and 1880.

By 1876 Erwinna had grown into a busy village. There were over two dozen buildings in Erwinna including the post office, the schoolhouse, a hotel, and a boat shop as well as several stores.

Eventually in 1886, Jacob took over the Stover Flour Mill expanding the business to produce specialty flours including a whole wheat health flour. Jacob also served for 20 years as president of the Alexandria Delaware Bridge Company.

Jacob died on October 31, 1897.  His obituary speaks of his mill but also his real estate holdings including the Smithtown Haypress, lime kilns and coal yard. 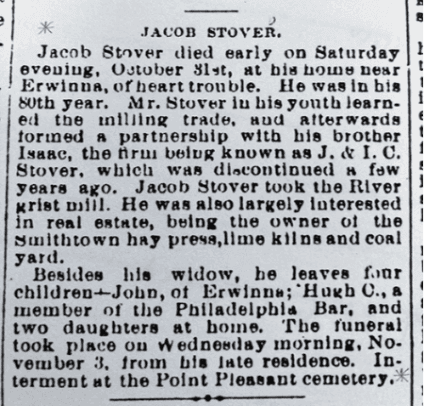 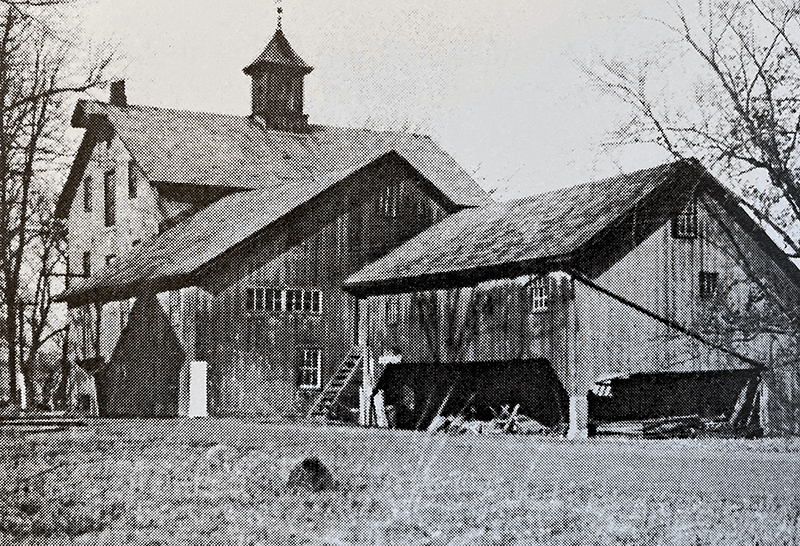 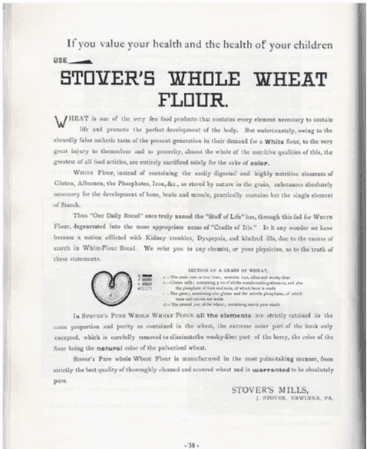 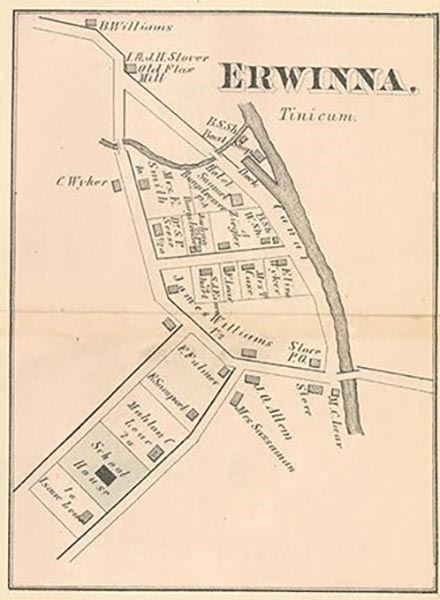 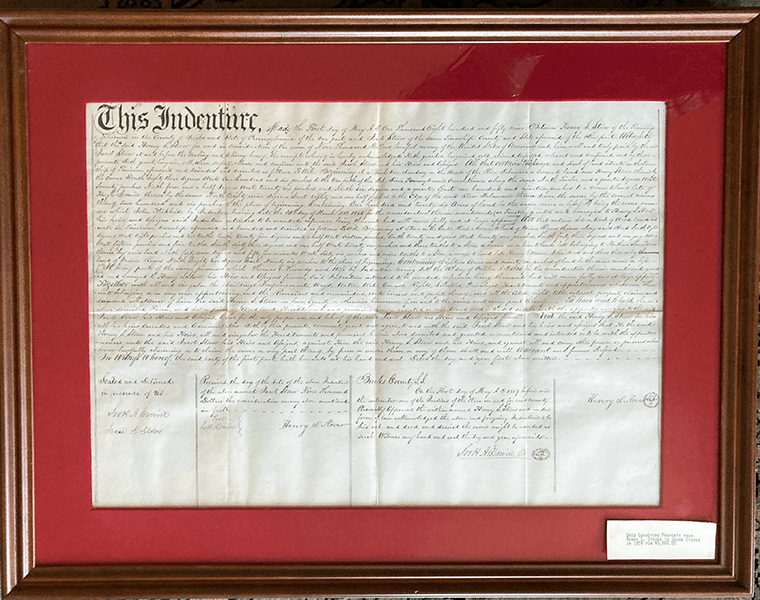 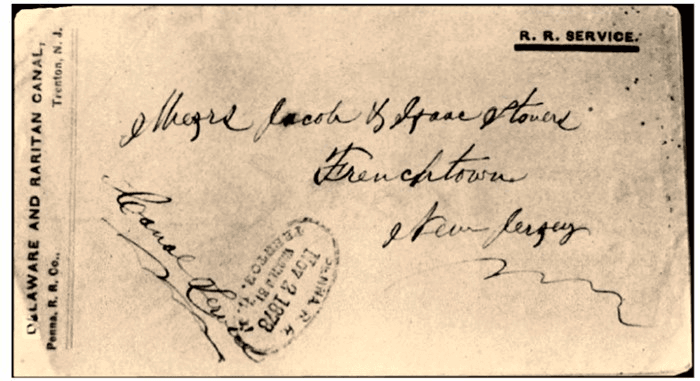 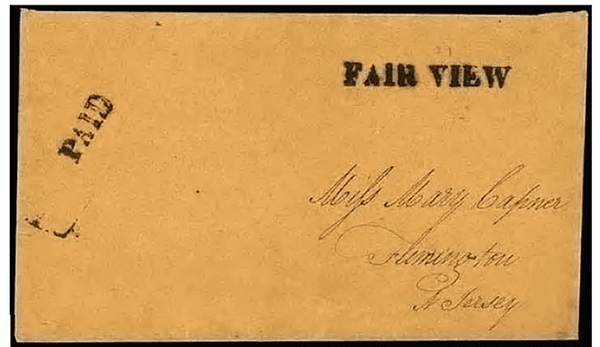